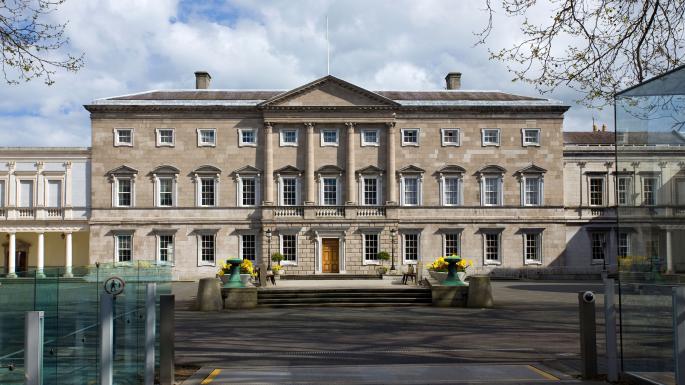 On St. Patrick’s Day 2019, the Withdrawal of the United Kingdom from the European Union (Consequential Provisions) Act 2019 (the Brexit Act) received presidential assent and was signed into law.

The Brexit Act is emergency legislation which provides for legislative contingencies in the event that the UK withdraws from the EU without a deal. It is something of a legislative curio as noted in the parliamentary records of the Houses by many TDs and senators who commented on the urgency required in its passage into law but also their hope that it would never be necessary to relied upon as a law. As the Tánaiste and Minister for Foreign Affairs and Trade, Simon Coveney TD, remarked when introducing the Act to the Dáil and Seanad, “as an Oireachtas Member for 21 years, I found myself having the curious feeling of hoping this was one law which would do no more than sit on the shelf.”

Over its 98 sections, the Brexit Act amends 37 pieces of primary legislation with a view to mitigating disruption caused to those areas should the UK’s departure not be done on a managed basis. The Brexit Act retains all of the provisions in the areas of health, education, energy, financial services, taxation, transport, employment, immigration and justice noted in our previous updates here and here. A handful of amendments were incorporated over the course of the Brexit Act’s passage into law such as precautionary measures in the event that the UK reintroduces a duty free scheme between Ireland and the UK, and the introduction of a reporting obligation on the Minister for Business, Enterprise and Innovation to the Dáil on business supports within 90 days of enactment, as well as a small number of technical and clarifying amendments.

Click here to see the Brexit Act in full and here for its explanatory memorandum.

We will continue to monitor and update on the implementation of the Brexit Act and associated legislation.

ByrneWallace has established a dedicated multi-disciplinary team to advise and represent both Irish and international businesses on the possible legal and regulatory implications of Brexit. For more information or general advice on what Brexit might mean for you and your business, contact a member of our Brexit team.