VIEW ALL
Publications & Insights Google “Ads” the cost of another fine: Do competition regulators agree on digital markets?
Share This

Google “Ads” the cost of another fine: Do competition regulators agree on digital markets? 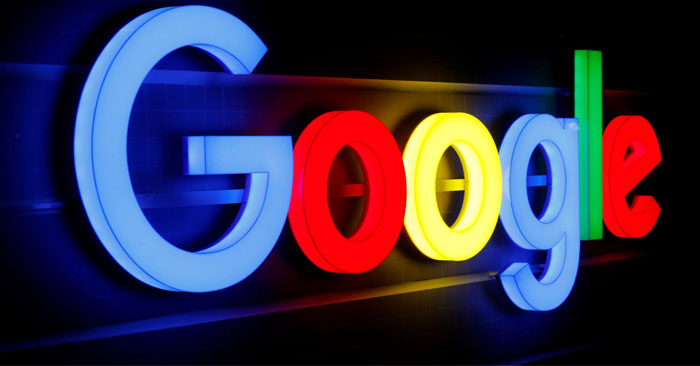 Google has been levied with yet another antitrust fine (of €1.49bn) following a European Commission investigation into its advertising business Google AdSense – a key source of revenue for the US tech giant. This decision, much like the previous European Commission Decisions in Google Shopping (2017) and Google Android (2018), as well as the German Bundeskartellamt decision in its Facebook investigation in February 2019, are all indicative of increasing competition regulation of online markets.

All of these cases evoke similar themes and have put the question of the appropriate role of competition law in online markets into the spotlight. A topic particularly of interest given the frequently innovative business models and the increasing importance of user data as a competitive edge in digital markets.

Google's saga with the European Commission

This AdSense fine is the third billion euro plus abuse of dominance fine issued by the European Commission against Google in the past 2 years.

In its Google Shopping decision in 2017 Google was fined a then record €2.4bn for systematically favouring its own comparison shopping service over its competitors in its general search results and relegating competitors to the 4th page of search results.  This gave an illegal advantage to Google over its competitors. Google was also fined a new record €4.3bn in 2018 for engaging in restrictive practices related to its Android operating system including mandatorily pre-installing Google’s proprietary apps on Android devices.

This week’s decision involved AdSense, the internet’s foremost advertising brokering service. It is integrated free of charge into a vast array of websites who use it to monetise their content by earning revenue through engagement with advertising facilitated by  AdSense. These include traditional text / hyperlink-style ads in addition to images, animated graphics, and even imbedded videos (for example Google subsidiary YouTube monetises its content by displaying video ads through AdSense).

The European Commission found that Google had abused a dominant position in an online search advertising market by imposing certain restrictions on third party websites using AdSense.  These restrictions included forcing them to: exclusively use AdSense for advertising; reserve premium placement for Google search; and take a minimum number of AdSense advertisements. The decision found no justification for the restrictions other than to exclude Google’s competitors (such as Microsoft and Yahoo) from the market for online search advertising.  In the Commission’s view the restrictions resulted in less choice in advertising services and higher prices ultimately being passed on to consumers.

The amount of the Adsense fine was calculated on the basis of the gravity and the duration of the abuse of dominance as well as the value of Google's revenue from online search advertising in Europe. The €1.49bn figure represents about 1.3% of its worldwide turnover for 2018.

However, the implications of the decisions are not limited to the imposition of multi-billion euro fines on Google, as they also require Google to change its business practices to address the competition concerns. During the announcement of the AdSense decision, Competition Commissioner Margrethe Vestager appeared to guardedly welcome the changes made by Google to facilitate greater competition on foot of the Shopping and Android decisions, noting some improvement in the state of competition on those platforms.

Although the Google decisions have not been immune from criticism, it is fair to say that the market dynamics and theories of harm, particularly in the AdSense and Android decisions are akin to those found in traditional markets and are not a significant departure from previous abuse of dominance cases.

There are some difficulties in defining the parameters of nascent online markets, not least because the services supplied by many large tech companies (including AdSense and Android) are in many cases "free” (unlike in traditional markets) and extremely substitutable. However, other traditional hallmarks of abuse of dominance cases such as exclusionary practices, contractual restrictions and the use of network effects to consolidate market power are clearly present on both traditional and online markets, and as such the traditional regulatory approach is fit for purpose.

By contrast, the German Bundeskartellamt’s February 2019 Facebook decision represents somewhat of a departure from the traditional approach to abuse of dominance.  In this case, significant restrictions were imposed on data sharing by Facebook and its related applications and functions. It found that Facebook gathered data outside the Facebook website, including through its WhatsApp and Instagram platforms and even data gathered through unclicked “like” and “share” buttons on 3rd party websites visited by Facebook users to improve its targeted advertising.

This particular case arguably represents a more expansive approach to dominance by treating the possession of user data as a key indicator of power in online markets. Critics of the decision have noted that the investigation focussed more on user privacy issues than a particular impact on competition. Although novel, the German Facebook decision may indicate a move towards non-traditional measures of market power which could, if followed, have a significant impact on the enforcement of competition law across the EU.

This regulatory divergence may reflect an inherent tension when regulating dynamic markets. While clearly large tech companies have enhanced competition and innovation exponentially in the digital age, it remains important to ensure a balance is struck allowing procompetitive conduct in a market by leading companies, while ensuring entry and a viable playing field are protected for the benefit of new entrants to also innovate in all the ancillary markets.

Google’s regulatory woes don’t stop with these abuse of dominance decisions. It has also attracted unwelcome attention of the French data protection authority, which recently fined it a (GDPR record) €50 million for breach of privacy rules earlier this year.