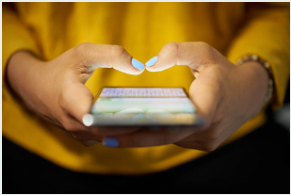 The increased prevalence of social media and the ability for people to post inaccurate or misleading messages on social media in relation to court disputes is clearly a concern.

As a result, new rules have recently been introduced seeking to regularise access to court documentation and social media commentary during ongoing proceedings.

These rules are an attempt to mitigate against misleading or inaccurate information being shared by limiting information and the ability to post comments on social media during proceedings to accredited journalists that have the requisite skill and experience to ensure Court reports are accurate and fair.

Full details on these rules and their potential implications are outlined below:

The rules apply to proceedings in the District, Circuit and Superior Courts.

The media has always had the right to report on court proceedings. However, access to documents was not provided and so reporting was limited to information contained in extracts of documents that were actually read out in court. Court files were available only to those involved in the case and their lawyers.

This position was somewhat at odds with the constitutional requirement that justice be administered in public and these new rules now attempt to redress that imbalance.

Lawyers now need to be extra vigilant when drafting court documents so as to ensure personal or commercially sensitive information is not inadvertently referenced in proceedings, as once it is, there is a real risk it could end up in a newspaper.

In addition, the use of ‘text based communications' including social media updates during court hearings is now restricted to lawyers and accredited journalists.

The aim is to minimise the dissemination of inaccurate information during an ongoing trial by an untrained and unregulated member of the public.

For further information on these new rules and their impact on lawyers, contact Mark O’Shaughnessy, Aislinn Cullen or any member of the ByrneWallace Litigation & Dispute Resolution Team.